Knowledge is Power: Books, Movies, and Documentaries to Further Education on Antiracism 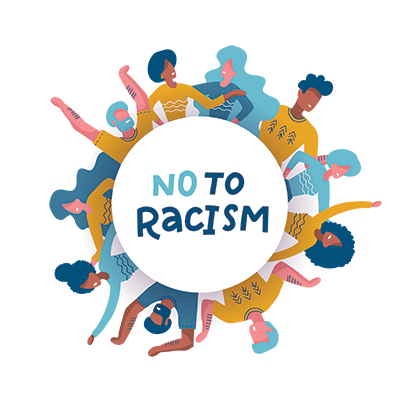 “… ignorance, allied with power, is the most ferocious enemy justice can have.” – James Baldwin

I cannot overstate how significantly books contribute to antiracism. Understanding history beyond basic school textbooks helps us draw lines from the past directly to where we are right now. Educating ourselves adds invaluable depth to our antiracism and equips us with the information we need to speak out against hate. I’m not trying to get too corny here, but seriously, knowledge is power.

It’s not enough to know that anti-blackness is “bad” or respond to accusations of racism with oversimplified generalizations like “I treat everyone the same!” or “I don’t see color!” We need to understand how cultural racism informs our own biases and systemic racism sets people up to fail. I know this is a hard one, but we also need to get comfortable facing harm we’ve done and commit to doing better.

Ibram X. Kendi wrote that “Racist ideas love believers, not thinkers.” Refusing to educate ourselves is how we end up with insidious “all lives matter” slogans that redirect and undermine Black activism. If we don’t read books, we fall for these racist narratives. We need to read antiracist books with the understanding that we’re never done learning. We need to know that we’ll never come to a point where we know enough about complicated systems of oppression. We need to put the work into being thinkers.

I’d love for people feeling motivated by the movement happening right now to expand their understanding of racism and work on their own relationship with white supremacy. The books on our recommendation lists are great places to start. Thank you to the wonderful librarians who helped curate this list of antiracist books, movies, and documentaries.

Stamped from the Beginning: The Definitive History of Racist Ideas in America by Ibram X. Kendi (Available on OverDrive and hoopla) A comprehensive history of anti-black racism that focuses on the lives of five major players in American history and highlights the debates that took place between assimilationists and segregationists and between racists and anti-racists.

They Can’t Kill Us All The Story of the Struggle for Black Lives by Wesley Lowery (Available on OverDrive) A deeply reported book that brings alive the quest for justice in the deaths of Michael Brown, Tamir Rice, and Freddie Gray, offering both unparalleled insight into the reality of police violence in America and an intimate, moving portrait of those working to end it.

Me And White Supremacy: Combat Racism, Change the World, and Become a Good Ancestor by Layla Saad (Available on OverDrive and hoopla) Based off the original workbook, Me and White Supremacy teaches readers how to dismantle the privilege within themselves so that they can stop (often unconsciously) inflicting damage on people of color, and in turn, help other white people do better, too.

So You Want To Talk About Race by Ijeoma Oluo (Available on OverDrive and hoopla) A Seattle-based writer, editor and speaker tackles the sensitive, hyper-charged racial landscape in current America, discussing the issues of privilege, police brutality, intersectionality, micro-aggressions, the Black Lives Matter movement and the “N” word.

The Talk: Race in America (Available on Kanopy) This film documents the increasingly common conversation taking place in homes across the country between parents of color and their children, especially sons, about how to behave if they are ever stopped by the police.

Why Are All the Black Kids Sitting Together in the Cafeteria: And Other Conversations About Race by Beverly Daniel Tatum (Available on OverDrive) Beverly Daniel Tatum, a renowned authority on the psychology of racism, argues that straight talk about our racial identities is essential if we are serious about enabling communication across racial and ethnic divides.

Stamped: Racism, Antiracism, and You by Jason Reynolds, Ibram X. Kendi(Available on OverDrive) This remarkable reimagining of Dr. Ibram X. Kendi’s National Book Award-winning Stamped from the Beginning reveals the history of racist ideas in America, and inspires hope for an antiracist future. It takes you on a race journey from then to now, shows you why we feel how we feel, and why the poison of racism lingers. It also proves that while racist ideas have always been easy to fabricate and distribute, they can also be discredited.

Just Mercy (Adapted for Young Adults): A True Story of the Fight for Justice by Bryan Stevenson (Available on OverDrive) Stevenson’s story is one of working to protect basic human rights for the most vulnerable people in American society–the poor, the wrongly convicted, and those whose lives have been marked by discrimination and marginalization. Through this adaptation, young people of today will find themselves called to action and compassion in the pursuit of justice.

Between the World and Me by Ta-Nehisi Coates (Available on OverDrive) The author presents a history of racial discrimination in the United States and a narrative of his own personal experiences of contemporary race relations, offering possible resolutions for the future.

The Last Graduation: The Rise and Fall of College Programs in Prison (Available on Kanopy) Researcher Barbara Zahm gives a brief history of the 1971 Attica Prison Rebellion in which forty-three men died, and the college prison program which was initiated afterward. After interviews with prison inmates, “The Movement for College Programs of New York State Prisons After Attica” was formed. Zahm tells of her transformation after working with the inmates and her anguish over the Congressional decision to eliminate Pell Grants for prisoners, thus ending the program and leading to the “Last Graduation”. As of 1997 funding cuts had not been restored.

Let the Children March by Monica Clark-Robinson (Available on OverDrive and hoopla) Under the leadership of Dr. Martin Luther King, children and teenagers march against segregation in Birmingham, Alabama, in 1963.

The Undefeated by Kwame Alexander (Available on OverDrive) The Newbery Award-winning author of The Crossover pens an ode to black American triumph and tribulation, with art from a two-time Caldecott Honoree. Originally performed for ESPN’s The Undefeated, this poem is a love letter to black life in the United States. It highlights the unspeakable trauma of slavery, the faith and fire of the civil rights movement, and the grit, passion, and perseverance of some of the world’s greatest heroes.

Black is a Rainbow Color by Angela Joy (Available on OverDrive) A child reflects on the meaning of being Black in this moving and powerful anthem about a people, a culture, a history, and a legacy that lives on.

A Good Kind of Trouble by Lisa Moore Ramee (Available on OverDrive and hoopla) Twelve-year-old Shayla is allergic to trouble. All she wants to do is to follow the rules. But in junior high, it’s like all the rules have changed. Now she’s suddenly questioning who her best friends are and some people at school are saying she’s not black enough. After experiencing a powerful protest, though, Shay decides some rules are worth breaking.

The Vinyl Project: Black Panther Kids (Available on hoopla) The archival soundbites on this recording include chilling voices on repression and glimmering assertions of resistance. Voices include Assata Shakur, Angela Davis, Noam Chomsky, children in a Black Panther Liberation School, and many more. The Vinyl Project collective hopes these sounds will pollinate your beats, noise, melodies, and community.