Why Is Fantasy Such a Popular Genre? 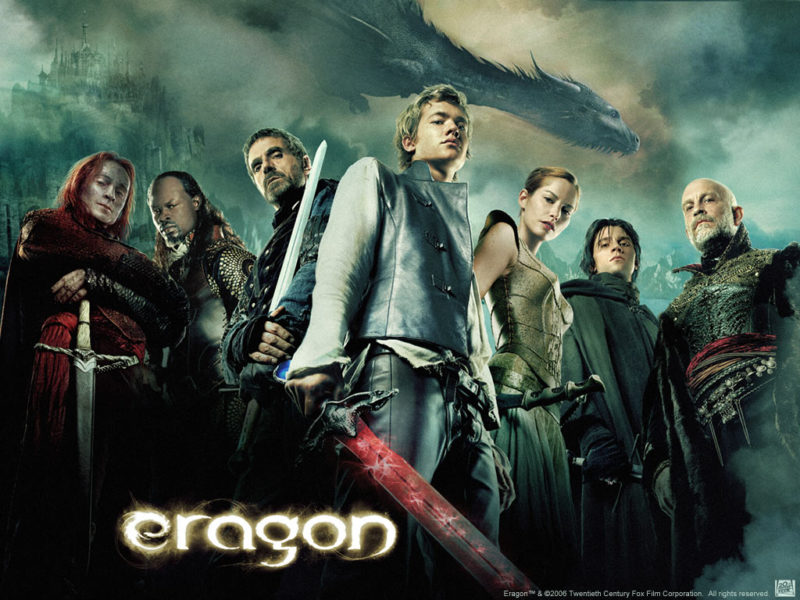 The past few years have been very good for fans of fantasy, especially in the YA area. There are more books, movies, and TV shows targeting fantasy fans than ever before. Back in the day, fantasy would be bundled as a subset of science fiction and there were way fewer titles to peruse. Now entire shelves are devoted to fantasy, and if you look at the most popular books in the teen section over the past few years, many of them are fantasy (think: Brandon Sanderson, J.K. Rowlings, Christopher Paolini).

It is no secret that bestselling books tend to become popular movies and TV shows. If you look back at the top grossing movies and bestselling books since 2012, you will see the overlap: namely, Harry Potter, Twilight, and the Hunger Games. On TV, you’ll find Game of Thrones or True Blood, based on Charlaine Harris’s The Southern Vampire Mysteries series.

But why has fantasy gotten so popular?

Fantasy is Relatively Easy to Read.

Unlike Science Fiction that can be packed with technological jargon or advanced physics (think: The Martian although Andy Weir really rocked this book). Nanotechnology, biology, astrophysics are usually common elements of hardcore Science Fiction. People read to escape and for fun, and these “big ideas” can be hard to read. Not to mention that some of the long descriptions of the science can be tedious and boring.

Fantasy usually involves mystical creatures, a more medieval setting, and at the very least, magic. The sheer volume of types of magic in the Fantasy genre never fails to impress me; I’ve read of metallurgical magic, color-based magic, and plain old awesome Harry Potter magic. One of the criteria I use to judge authors of Fantasy are how original they portray magic and magic users.

You look at fantasy novels and certainly the plot is important but we fall in love with the characters. They tend to be more fleshed out and the books are huge so the story has a lot of time to spend on dialogue. Many of the best characters are well-rounded and achingly human, even if they are not technically human such as Frodo or even Gollum in Lord of the Rings.

Plus, much of the conflict in a fantasy novel is very clear-cut. There are clearly “good guys” and “bad guys.” (although the very best fantasy books tend to blur these lines) and the protagonists’ tasks are usually spelled out within the first few chapters. Don’t you find it so much more entertaining to read about a character who must travel to far off lands to challenge an invincible wizard rather than a character who has trouble balancing his checkbook and doesn’t know what to eat for dinner? I know I do.

You know what I’m talking about. Teens are often portrayed as whiny, self-centered, angsty. There are thousands of teenagers out there that are witty, intelligent, quiet, adventurous, empathetic. The very best stories feature the main character(s) facing global issues along with personal ones. That’s what made Harry Potter such a success. Sure, Lord Voldemort was constantly running after him, but Harry was still concerned over his horrible relatives and winning Quidditch games.

Fantasy series have lots and lots of books.

This is a big selling point in my book (pun intended). Almost every major fantasy novel in the last 20 years was part of a trilogy or more. So we get to read about the same characters again and again in the same world. Robert Jordan, Ann McCaffrey, Ilona Andrews, Harry Potter, Brent Weeks, are all prolific and let you journey in their words through book after book.

And this takes me to what I think is the largest reason that Fantasy has become so popular in the last decade or so:

You can travel to infinite worlds without ever leaving your sofa.

Books are entertainment and fantasy novels are fun. It can be entertaining to read high drama but sometimes you don’t want to tackle difficult topics or immerse in the life of a parallel character to yourself. It’s the same reason why RPG games are so popular; it is fun to step out of yourself and see the world (whichever world it is) through the eyes of a small, furry-footed character who unexpectedly finds himself on a mission to save the world. Or a young boy who didn’t know about the magical world around him until he is suddenly immersed in it, discovers his own powers, and is destined to battle the most powerful, evil wizard.